Visiting the dentist can be an extremely stressful situation for a lot of patients. While a patient being uncomfortable is obviously stressful for the patient, it is also stressful for the dentist. It can be difficult for a dentist to work on a patient’s teeth if they are nervous and squirming around in fear. There are also certain procedures that patients simply can’t be alert during. These procedures can be painful, and can be in-depth. For these types of procedures, the dentist needs the ability to work on the patient’s teeth for a long period of time, without having to worry about the patient being uncomfortable. Whether a dentist needs a patient to be able to sit still for a long time, or they simply want to relieve some of a patient’s anxiety, sedation dentistry may be an excellent option for both the patient and the dentist.

What Is Sedation Dentistry? 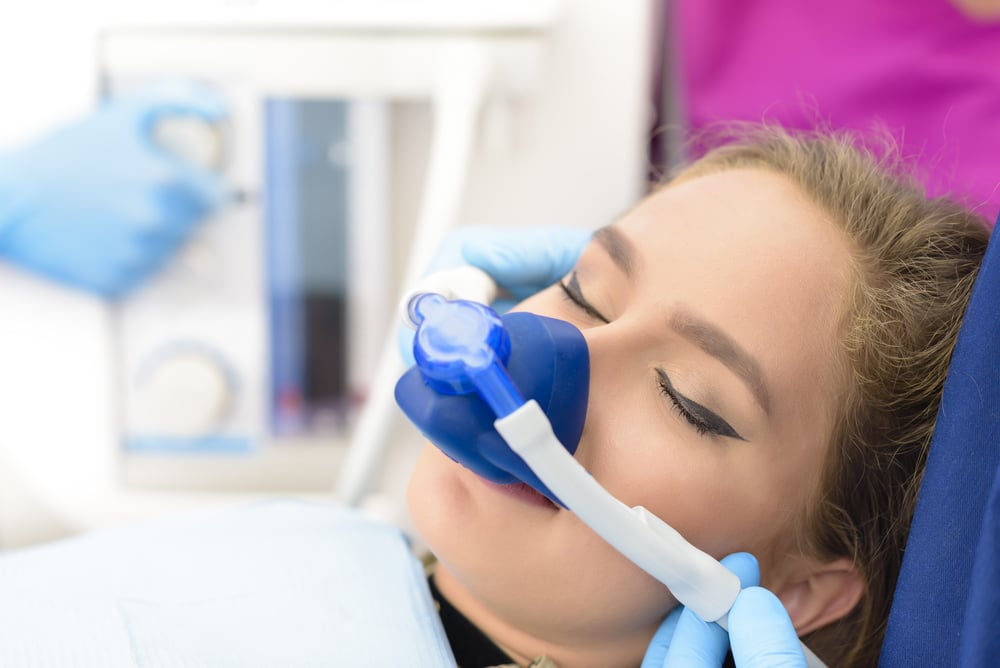 Mild sedation dentistry is an excellent choice for the reduction of anxiety. If a patient lets the dentist know that they are scared about a procedure, the dentist may choose to provide a mild form of sedation to ease the patient’s nerves. This sort of sedation also helps to decrease or even eliminate the pain that a patient is experiencing.

There are certain procedures that require a patient to have the deepest level of sedation. These procedures are practically impossible for the dentist to perform without deeper sedation. When a patient is in a state of deep sedation, they are practically asleep. They will often have amnesia after the procedure, allowing them to not have to remember any form of surgery or otherwise traumatic procedure.

Oral sedation is the next level up from nitrous oxide, and involves the use of some sort of anxiety relieving medication. With oral sedation, a patient is put into a deep state of calm. Unlike nitrous oxide, though, oral sedation can last for a while—requiring the patient to need a way to get home after the procedure. Oral sedatives can last anywhere between 4-6 hours after they are taken.

The most intensive form of sedation dentistry is IV sedation. IV (intravenous) anesthesia puts the patient in a sleep-like state. This is done by providing the sedative through an IV. IV sedation can involve the patient being “asleep” for an extended period of time, requiring them to eventually “wake up—” even though they may not be fully aware after. IV sedation causes amnesia, and the patient may not remember anything not only during the procedure, but also directly after the procedure. Because of their compromised state, patients will need someone to take them home and care for them until they become fully cognizant.

Sedation is an excellent choice for a variety of different situations. Some of these situations—such as more intensive oral surgeries—will require sedation, while others may simply be a convenience for the patient and dentist. One such example of the latter is the reduction of anxiety. Because many people are nervous about going to the dentist, certain forms of sedation dentistry (such as nitrous oxide) can relieve the tension—making the procedure easier for the dentist and the patient.

Sedation dentistry can also remove gum and tooth sensitivity, along with the patient’s gag reflex. This makes it easier for the dentist to work on the patient without worrying about them gagging or reacting in other ways to the procedure the dentist is trying to perform.

Procedures that May Require Sedation

If you are afraid or anxious about a dental procedure, discuss sedation dentistry with your dentist. They may be able to provide you some form of sedation (likely nitrous oxide) to make the experience more comfortable for you.